An expungement of a criminal conviction is a clearing of the record, so that the person with the record may be restored to the status he or she occupied before the conviction “as if such events had never taken place.”  Until now, getting a criminal conviction expunged in Missouri was a near-impossibility.  The crimes that were eligible for expungement were very few, and the waiting periods were extremely long.  However, a new law, which went into effect in January 2018, will make expungement a possibility for a countless number of people who have Missouri convictions on their records.  This article outlines some of the major changes in the law and how individuals with Missouri convictions might stand to benefit.

The main deal-breaker for Missouri expungements has been the fact that very few convictions have been eligible for expungement.  Aside from first-offense DWI’s (which are outside the scope of this article), the only Missouri convictions that have been eligible for expungement have been assorted property crimes, low-level financial crimes, gambling offenses, and some peace-disturbance crimes.  The list is almost comical in its randomness and triviality, but it is not funny to individuals living with Missouri convictions who wish to clear their records of past indiscretions.

Convictions for hate crimes and most violent crimes, such as felony assault and domestic assault, will remain open records.  The same is true of mostly all crimes in which children were victims.  These convictions include abandonment of child, endangering the welfare of a child, and abuse or neglect of a child.  Convictions for those crimes cannot be expunged under the new law.

The greatest area for new opportunities is in convictions for drug-related offenses.  The new law opens up the possibility for expunging most drug-related convictions, if the person seeking expungement meets the law’s requirements.  The only drug convictions that are categorically ineligible are Class A felonies.  For example, nearly all 1st-degree trafficking and some 2nd-degree trafficking convictions are ruled out, as well as distribution of controlled substances in a protected location.  However, it appears from the text of the new law that ordinary possession and low-level distribution convictions can be expunged.

However, the news is not all good for those who committed crimes while in active addiction.  The crime of stealing is specifically listed as one that cannot be expunged; this appears to be the case even where the conviction was a low-level misdemeanor.  Forgery and identity theft are also prohibited from expungement.  If the changes in the law were meant to help people in recovery to rejoin mainstream society, then these provisions should be reconsidered because active addiction leads many people to steal.

The second way in which Missouri’s new expungement law can benefit people living with Missouri convictions is that the wait times for filing are much lower.  Under the old Missouri expungement law, an individual seeking to expunge a felony conviction would have to wait twenty years after completing the imposed prison sentence or period of parole or probation.  For a person trying to expunge a misdemeanor conviction, ordinance violation, or infraction, the wait time was ten years.  So, for example, if a person was convicted of passing a bad check as a Class E felony in 1995 and was sentenced to two years’ probation, the probationary period ended in 1997.  If that person walked down his probation and has been free of arrests and convictions ever since, he did not become eligible to petition for expungement until 2017.

Under the new law, the waiting periods are much shorter.  To expunge a conviction for an eligible felony, a person must now wait only seven years after completing the sentence imposed (including any post-release parole or probation).  For misdemeanors, ordinance violations, and infractions, that period is only three years.  The new waiting periods make the possibility of expungement more realistic and meaningful for people hoping to clear their records.

Bad News for Some Convictions

Although Missouri’s new expungement statute is generally more favorable to individuals with Missouri convictions, there are some people for whom expungement will no longer be an option.  For some reason, convictions for fraudulent use of a credit device, which could formerly be expunged under the old law, are no longer eligible under the new expungement law.  The same is true of convictions for negligent burning and for negligently setting fire to a woodland, cropland, grassland, prairie or marsh, even though the latter statute has been repealed.

Risks with a New Law

As the new Missouri expungement law has only begun to be litigated, there are some areas that contain risks of the unknown.  For example, what will happen to a petitioner who files for expungement of a conviction for fraudulent use of a credit device in December 2017 if the court does not rule on the case until February 2018?  Or what about a person who was convicted of a Class B drug felony but was found to be a “persistent drug offender,” and thus was sentenced to a prison term authorized for a Class A felony offense?  These issues might need to be cleared up by the courts.

Even for a relatively straightforward expungement case, most people would benefit from the help of a knowledgeable and experienced attorney.  The expungement statute has requirements for the agencies that must be made part of the petition, specifics on the time and manner of filing the petition, and limits on the number of expungements that one person may obtain.  There are other matters of fact that the court will need to find in order to grant the expungement, and a litigation attorney will help to get that evidence into the record.

The new Missouri expungement law opens new possibilities for people who want to clean up their records.  We encourage anyone who wants our help with an expungement to contact us at your earliest opportunity. 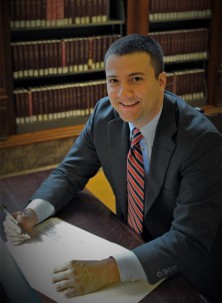